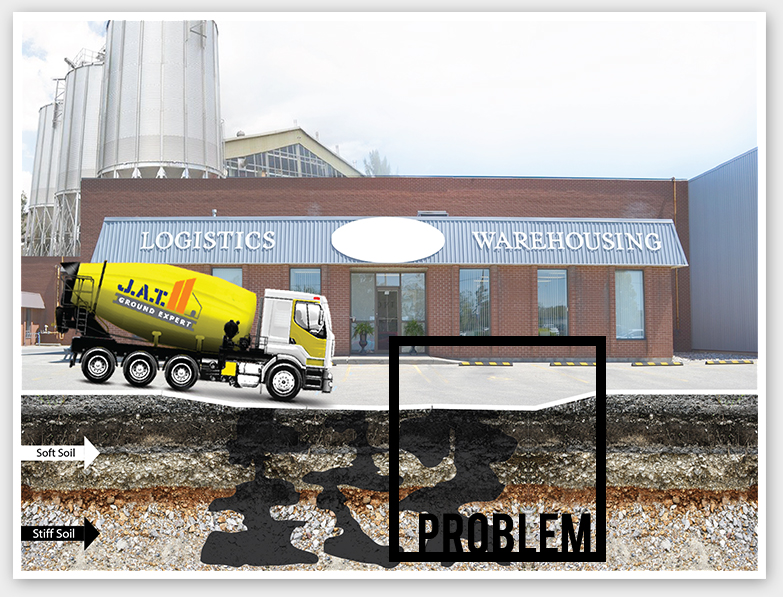 is the Soil Improvement to increase loading capacity to the soil and stop the soil layer subsidence under the load by compacting Low Slum Concrete with pressure into the soft soil layer the replace the concrete with mentioned soil layer that increase the density and soil mass of the soil layer or loading capacity while nearby soil would be also compacted for more density with the concrete state that has low slum and bulky spread without inserting into spaces and cracks of soil layer. From these mentioned factors, these would increase the efficiency of soil layer grinding, pressing to bleed the water, space compressing efficiently 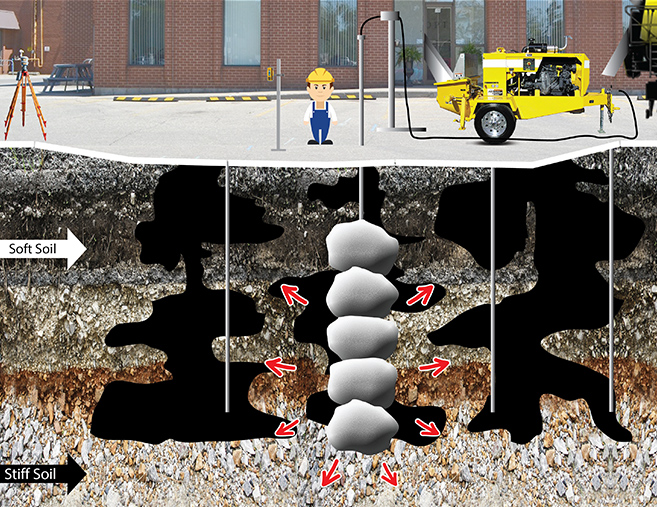 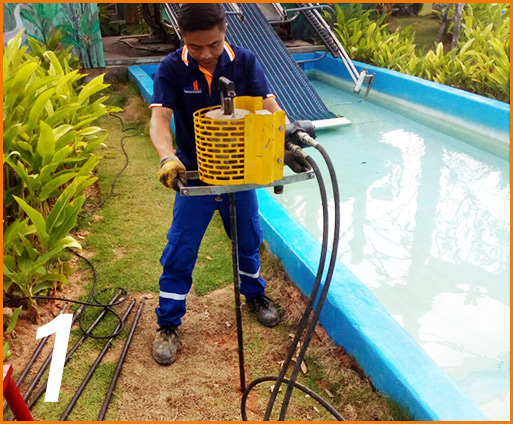 Test soil condition with CPT (Cone Penetration Test) in order to perceive capacity on load supporting of each soil horizon prior evaluating characteristics of repairing referring the depth of grouting, quantity of materials used in each point, and distance of each point. 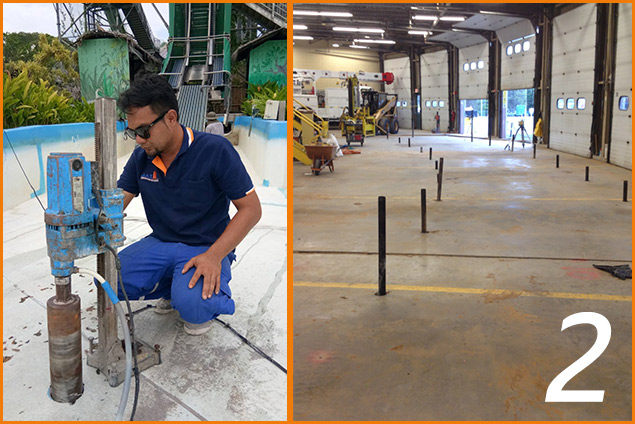 Soil Condition Test
กDetermine distance of each point demanded to be pumped with general distance ranged from 2-3 meters approximately based on characteristics of structure and soil condition of foundation. 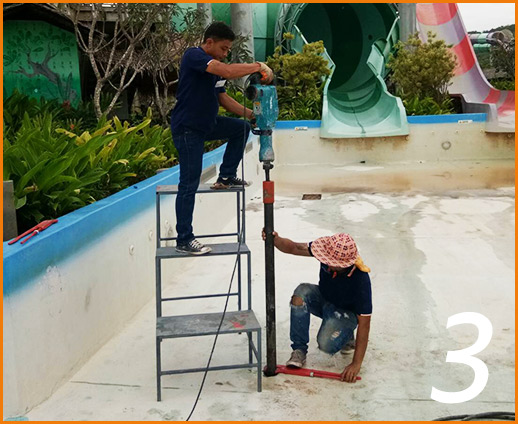 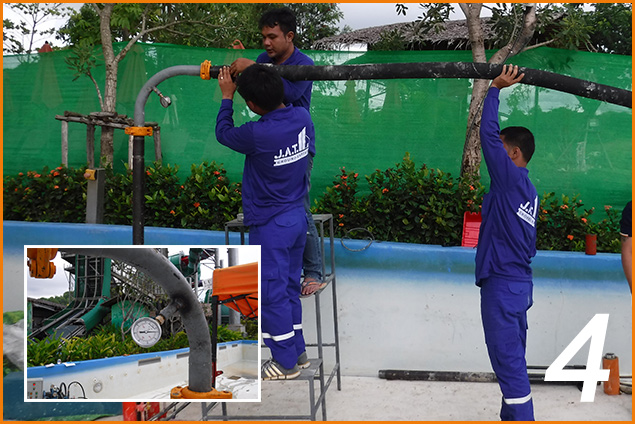 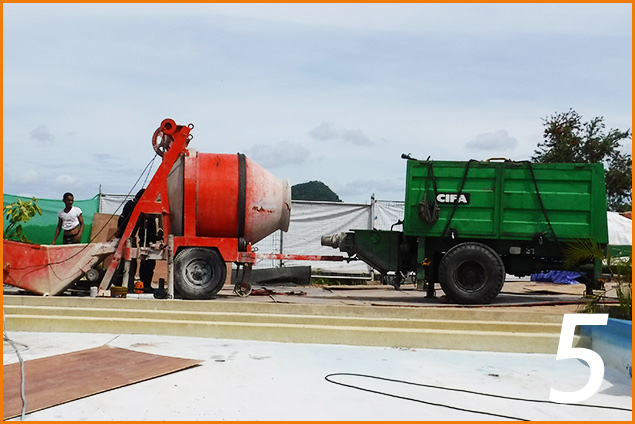 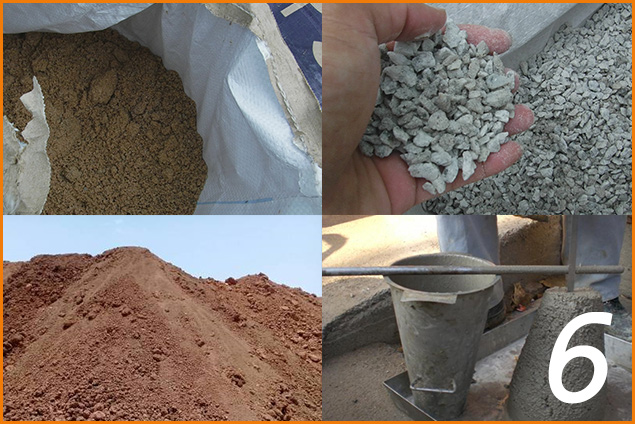 Grout Low Slum Concrete or concrete with slump of 50±10 millimeters (Slump Test) whereas completeness of concrete grouting can be evaluated and controlled by considering on quantity of grouted concrete and occurred pressure while grouting. This is considered as Soil Resistance referring to increasing loading capacity. 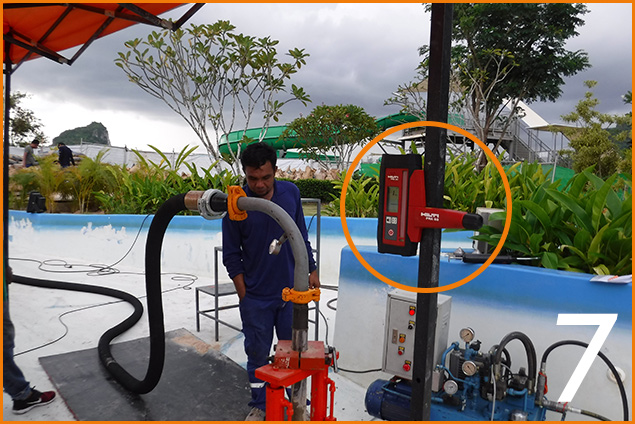 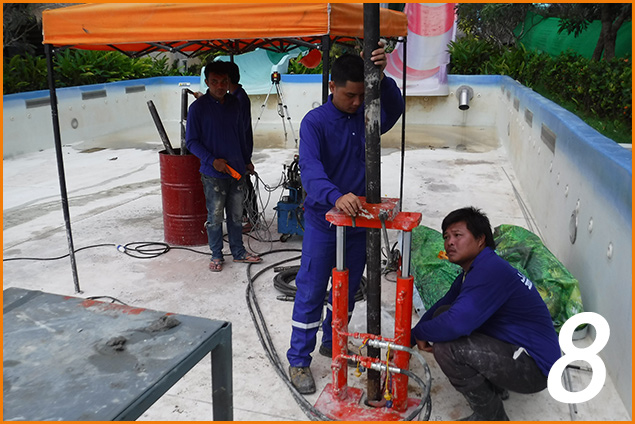 Pull up CASING pile with hydraulic in order to grout materials in the next soil horizon. 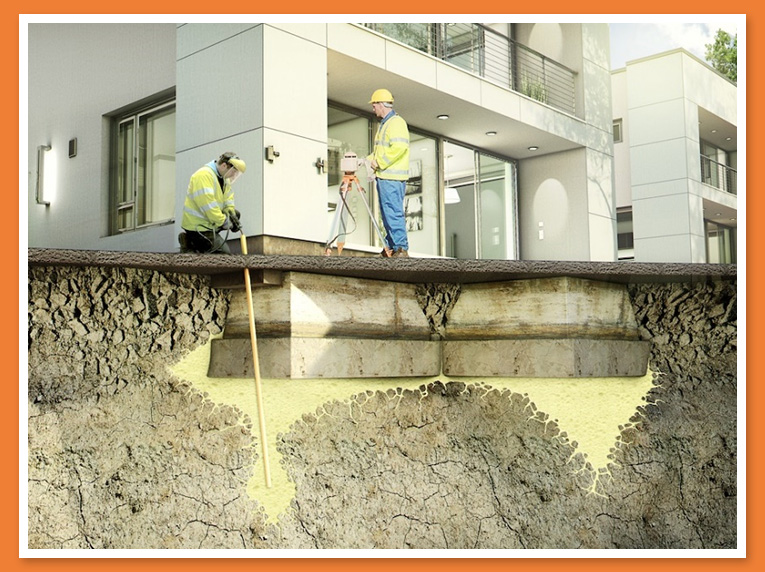 • With capacity on 10-time expansion of polyurethane, it can replace gaps in soil horizon and compress nearby soil to have higher level of density.
• Rapid hardening within 10-15 second is another outstanding property of polyurethane that can control distribution of polyurethane to be in demanded area.
• It helps to reduce effects caused by compression due to dehydration of soil as well as contraction and expansion of soil.
• Polyurethane is able to insert and attach Non Cohecive soil.
• Polyurethane will replace gaps or holes in soil horizon.
• Clay soil horizon can be improved by increasing shear resistance whereas materials will be grouted in pressure bulb of the point that will be affected by shear of upper structure load. 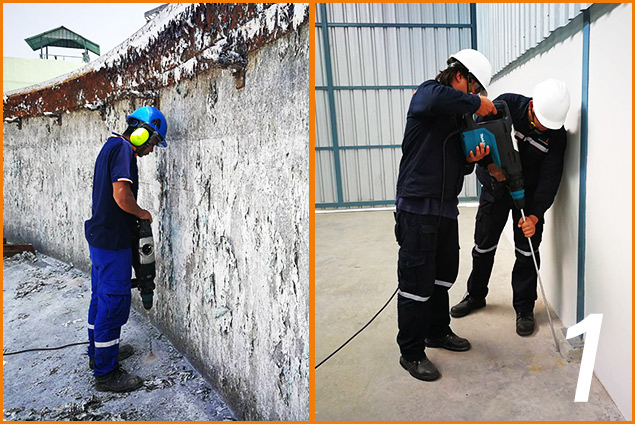 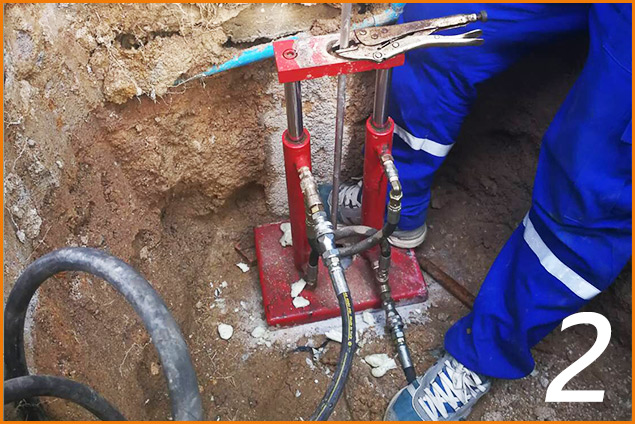 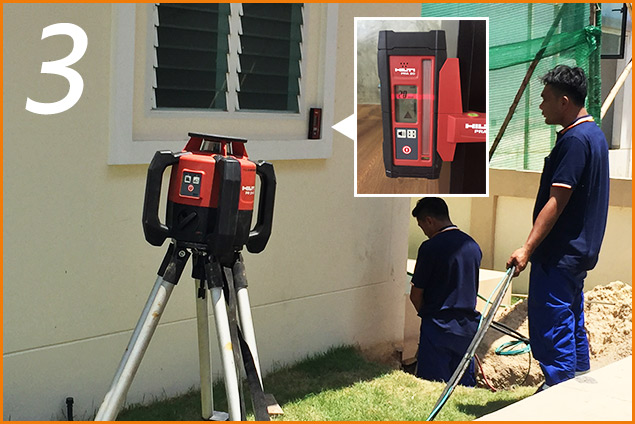 Grout materials with installation of Laser Level in order to measure structure leveling whereas the obtained value is in millimeter unit.